Over the past year STE Languages has ​​provided training courses in more than 20 languages and as such, is seen as the best place to learn a wide variety of "uncommon" languages, ranging from Arabic to Swedish and from Chinese to Turkish. Other less common languages in its offering are Danish, Finnish, Greek, Hungarian, Indonesian, Japanese, Korean, Polish and Romanian.

Whatever language you would like to learn, the procedure is always the same. First of all, we will arrange an intake interview, after which a proposal will follow. That way you know exactly where you stand. Are you interested? Take a look at our languages or contact us.

Are you ready to get started?

Apply for the training courses

Do you have any questions? Small groups, big steps. Experience the support and encouragement of your group.

Language training based on cases within the workplace. An investment that pays for itself! The benefits of an individual training course. Fully tailored to your learning objectives. 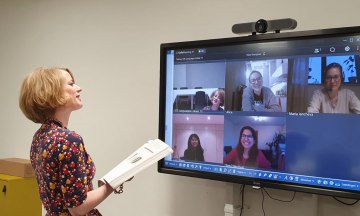 Discover the Dutch language and culture. Effective preparation for the Civic Integration Exam and State Exams.